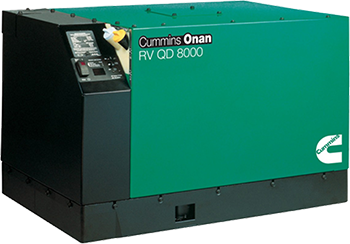 Installing a backup generator outside of your home is a great way to ensure that you can continue to go about your business in the event of a power failure. But one of the biggest complaints that homeowners often have when it comes to backup generators is that they can be incredibly noisy. Generators made by companies like Kohler, Generac and Briggs will often make a lot of noise and can cause friction between neighbors. Fortunately, though, there is one company that makes keeping the noise down a priority in the design and construction of its backup generators.

Cummins generators are the quietest generators on the market right now, and you will be doing a service to both yourself and your neighbors when you purchase one. Often times, local governments and homeowner associations will limit the amount of noise that you are allowed to make with a generator. For example, Montgomery County in Maryland has a noise limit of 65 decibels during the day and 55 decibels at night. If your generator makes more noise than that, you could be subjected to fines, and you will surely upset those around you who are forced to listen to your generator all day and all night long.

With a Cummins generator, however, you won’t have to worry about making too much noise, since the company has worked tirelessly to create quieter models. The Cummins RS-20kw – one of the most popular Cummins models – registers at just 62dba, for example, which is significantly less than similarly capable Kohler, Generac and Briggs models.

If you are thinking about installing a new generator outside of your home, you should seriously consider getting one manufactured by Cummins. GenTech Generators can educate you more about them and even provide you with an on-site demonstration to allow you to hear for yourself the difference of sound production from one of these units while running.

Learn more about installing a Cummins generator or request an appointment to learn more by calling GenTech Generators at 301-469-7800 today.